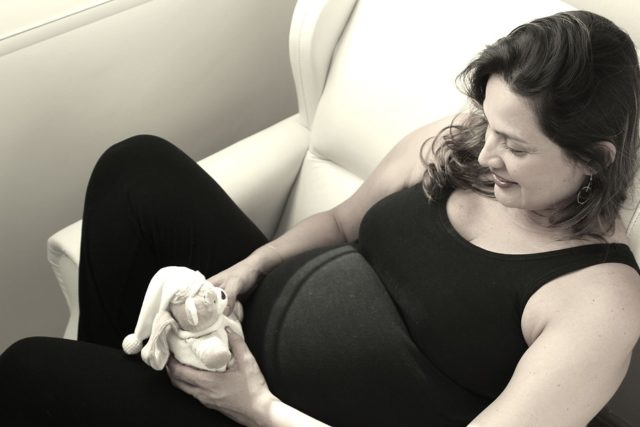 Are you one of those soon would-be mothers who are panicked with joy? It’s your first time, right?  And all the well-wishers are advising so much, that you can’t get a meaning out of it. Also, you are getting nervous about the pain and contractions? Fair enough. So, what do contractions feel like and what they really mean? Ok, calm down and let’s dissect all your questions together.

What is a contraction?

Contraction. An obvious part of pregnancy. They come in different phases and in different forms. The pressure and the intensity of pain make the difference.

The common reason behind it is tightening and flexing of the uterine muscle to make enough space for your baby to grow within you. Generally, contractions start from the mid-pregnancy period. And Lastly, it is what helps you to push the baby through the birth canal into the world.

When it starts, your stomach becomes hard and tight, and the pressure relaxes after it ends. The pain and hardness pass away.

The early ones don’t bother you much, but as the days pass by, they get stronger. That’s why, when the expected date comes close, some stronger-than-usual contractions confuses the mother to think it as her birth-giving time.

So, before you drown in fuzzy ideas, let’s walk you through the path of what do contractions really feel like.

It’s hard to answer what do contractions feel like. Because there are other factors affecting that particular experience person-to-person. In most cases, you start feeling the pressure from the back. Then the pain gradually shifts to the front abdomen.

At the first stage of pregnancy, it is not so serious of an issue anyway. Most women say that it’s more like a menstrual cramp with the addition of pelvic pressure sometimes.

The labor pain is similar but many-fold stronger than the other ones and doesn’t seem to stop. Your water may break or not, you would be alarmed by the severity of the feeling. Because this is the moment when contraction pressurizes the cervix to push the baby from the uterus to the vagina by shrinking and expanding itself.

Starting from the early stage of pregnancy, you will feel different types of contractions as you reach your due date. Depending on the timing, frequency of repetition, the strength of the pain, and the period of existence, we can recognize them to mean different conditions.

Let’s learn about what do various contractions feel like so that you can identify them promptly without anxiety and confusion.

Generally, the early contractions start in the third trimester of the pregnancy. But, in some cases, it starts around 20 weeks or so, which means the second trimester. These are called Braxton Hicks contractions, named after the doctor John Braxton Hicks, explaining it for the first time.

Now, what do these beginning contractions feel like? Normally, they are like mild menstrual cramps, but sometimes they become stronger. That’s why, they confuse the newbie moms, and referred to as false contractions for labor pain.

These random aches are also known as practice contractions due to their nature. They come and go. You can feel that when you change postures, relax or drink water. That’s how you know they are not labor pain. Because that doesn’t go away easily.

For some women, back contractions come paired with acute lower pain. And instead of reducing, they gain power during the uterine contractions.

Experts think that these could be triggered by your baby’s shifting. Changing positions, sitting on balls, breathing exercises, light exercises like lunging, squatting, walking, or pelvic tilts may comfort you a bit. You may also use some pain medication if it becomes intolerable. Ask your doctor about that.

Early labor contractions are sometimes called ‘Prodromal labor’. It is experienced before original labor, around weeks, days, or hours earlier than the later. They are more similar to the real one than Braxton Hicks. So, it also makes false alarms when the time is near.

It helps the baby to shift in position to come out in labor time. But this doesn’t trigger contraction-expansion of the cervix. Hence, the doctor knows it’s not the time yet.

Around 36 weeks, your baby is almost full size, around 18inch long, weighing 5-6 pounds. But they still grow until the day comes.

This week, doctors check the baby’s position if it’s ready to come headfast. Though, many of them turn during last week. Because of the positioning, you feel contractions similar to Braxton Hicks, some feel alike Prodromal. The symptoms of tiredness, heartburn, leaky breasts and frequent urination are common this week.

According to ACOG, full-term pregnancy is 40 weeks. Before that, true labor symptoms may indicate a preterm pregnancy, which occurs before the completion of 37 weeks. You must contact your doctor if the pain doesn’t stop, yet intensifies with time. It can be a severe prodromal effect or the original one. Let the doctor decide.

If you ask me what do contractions feel like at 38 weeks, I would say uncomfortable. That’ s the one-word expression ladies, when you’re expecting so soon. Because the body feels so heavy, you struggle in any position. Sleep disorders, intolerance in one position for a long time are added with other common symptoms we mentioned before. Some give birth during this week, and you already know how preterms feel like.

Climax! labor contractions. What do pregnancy contractions feel like? You would know when they don’t stop for long, or the frequency of returning increase. The real labor pain only stops after you give birth.

Notice the symptoms of contractions:

When to go to the hospital?

It’s easy to follow the 511rule. Say, your pain is coming back in every five minutes, and staying for one minute long. If it’s happening for an hour or so, it’ your hospital time. Though, this normally applies to first-time issues. For later cases, the labor remains shorter than that. Also, the distance between the hospital and your house, your current health-condition may differ with that general logic. Ask your doctor if any doubt is etching within you.

What Moms are saying?

Since every woman has a different pain threshold, it varies the opinion on what do contractions feel like. Also, each case of pregnancy is distinct, hence the experience.

Let’s hear out from them directly:

Joanna says, “I didn’t expect to have all the pain in my spine! It was as if my spine was being twisted. Nothing major in my tummy.”

Whereas, Jenny says, “If period pains were one on the scale, contractions were 1,000,000. They weren’t just in a different ballpark; they were in a different universe.”

But it was easier for Scarlett, as she describes, “Mine really were like period pains. I didn’t realize I was in labor for ages.”

Flora’s sensation was different. She says, “To me, it was more like really, really bad constipation rather than period pains.”

Liz E. gives us a literary explanation as, “The pain was like a wave. Straight up to a crest of insanely painful, and then an easing as the wave breaks and the contraction wears off. I was obviously delirious after long labor to be visualizing waves.”

You are creating a life within. The biggest ability is gifted upon you. It is okay to feel anxious. But, in the end, you know that you can. Only you can, Women. 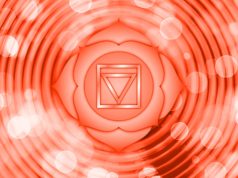 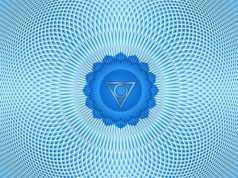 How to Use Throat Chakra Stones? 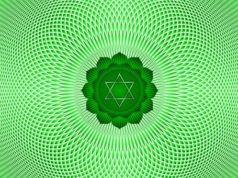